Book the National Touring Beatles Stage Show "Beatlemania Again" for your next event. 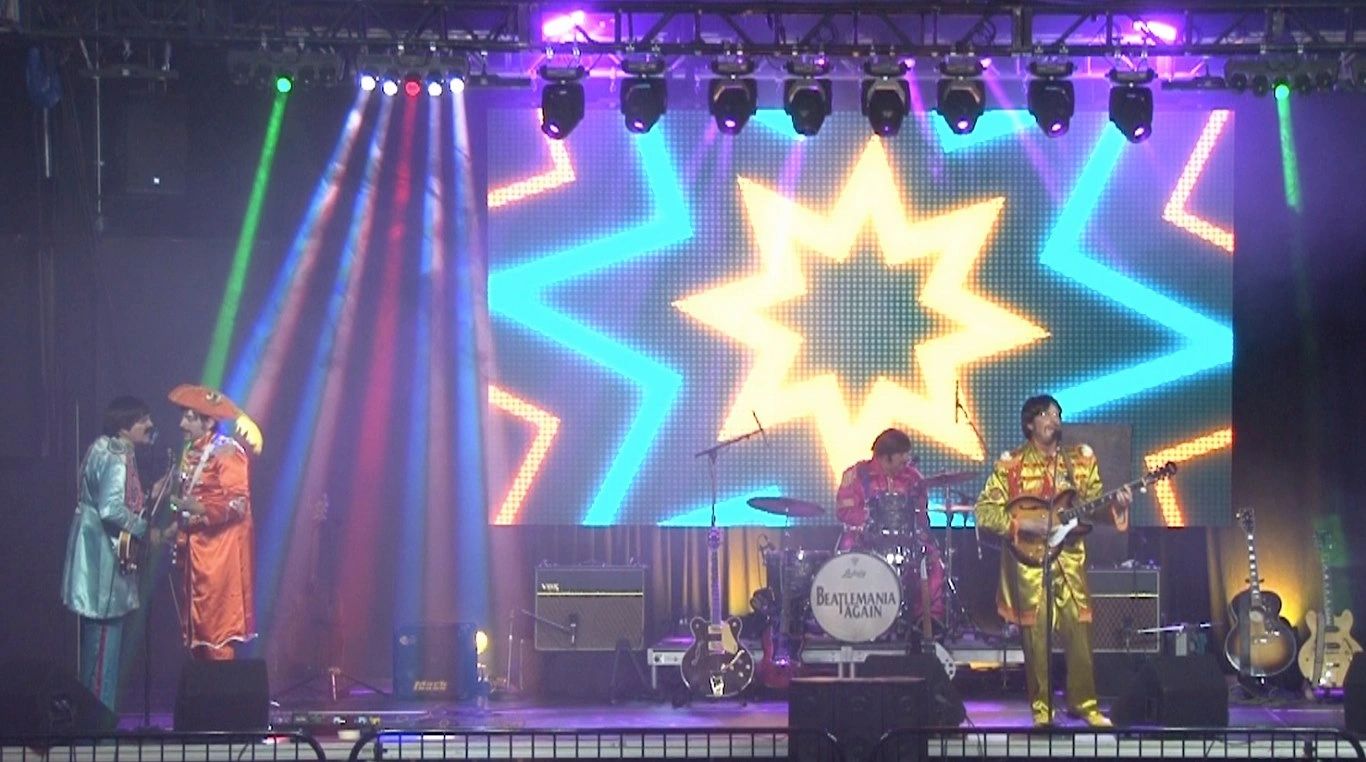 Check out this great video

It was one of the greatest moments in the history of show business. It was 1:20PM, on February 7th, 1964, when Pan Am Yankee Clipper Flight number 101 carrying four British musicians landed at New Yorks Idlewild Airport. Within 48 hours the Beatles were performing on the Ed Sullivan Show capturing 73 million viewers.
"BEATLEMANIA AGAIN", relives the Music, the Magic and the Mania of The Beatles live on stage. The show chronologically traces The Beatles career from their debut on the Ed Sullivan Show in 1964, to their psychedelic era and the release of the mind blowing Sgt. Pepper album, to their last -ever live concert on the rooftop of Apple records in 1969.
BEATLEMANIA AGAIN takes audiences on a musical journey back in time featuring over 30 of The Beatles greatest hits performed live on stage. In addition, the show features 3 amazing costume changes throughout the performance as well. To add to the authenticity, "BEATLEMANIA AGAIN" uses the same musical instruments that the Beatles used in the 1960s such as Hofner Bass Guitars, Rickenbacker Guitars, Gretsch Guitars, Vox Amplifiers and Black Oyster Pearl Ludwig Drums.
The show has excited audiences throughout the United States and Canada, and has shared the stage with highly talented artists such as BJ Thomas, The Grass Roots, The Lovin Spoonful, Chubby Checker, The Turtles, Max Weinberg and many more!

Relive "Beatlemania" with the National Touring Beatles Stage Show "BEATLEMANIA AGAIN" for your next event.

.The Beatlemania Again stage show has performed  to sold out venues throughout the United States and Canada for the past 20 years. The show continues to amaze audiences of all age groups .